The Most Brilliant Kids I Ever Met 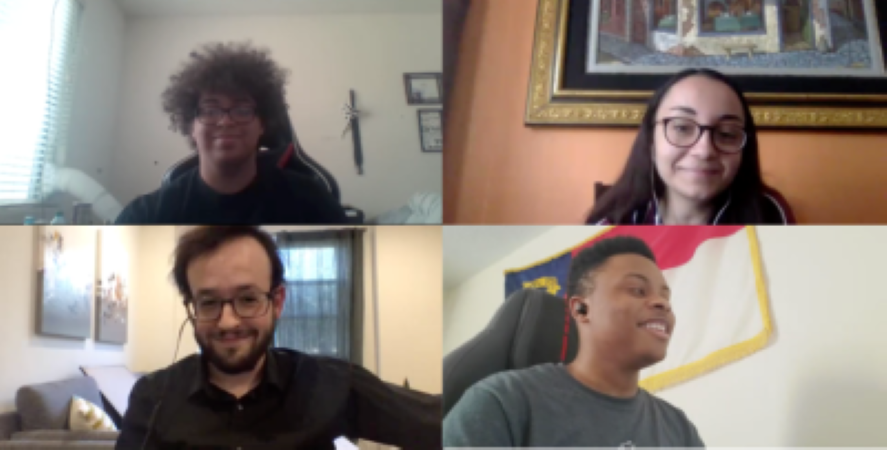 I felt the purpose of my work from the moment I joined NAF. The organization’s vision for a world where all young people have equal opportunity for successful futures resonated with me, but I really fell in love during NAF Next. Each year NAF hosts a professional development conference where the educators and advisory board members gather to network and share ideas for improving learning experiences and outcomes for students. A handful of students attend as well to present their projects and I got to witness the impact firsthand and experience their intelligence. Everyone at NAF will tell you the same thing: interacting with the students brings the NAF design to life!

Early this past summer, a colleague reached out with the idea to guide a team of interns through the design and development process of building a video game. I’ve done game development as a hobby since high school, and I’ve never had much chance to interact directly with our students, so this was a great opportunity for me. The experience was amazing, and the three interns we selected were some of the most brilliant kids I’ve ever met – already years ahead of where I was when I was their age. There were a few moments during the three months we were together that really stood out to me.

I had initially chosen Processing as the programming language for its simplicity and low skill curve. Antonio, the lead developer of the group, came to the internship having already done field research, and requested that we use Unity instead, a much more complex and professional tool. Having struggled with Unity myself, I was worried at first, but Antonio went above and beyond, taking the lead on coding and research with essentially no help from me. Over the course of the internship, he learned Unity from scratch and fully built a game on his own, all while juggling a wide range of other commitments, including school work, multiple club activities (most of which he had leadership roles in), and college and scholarship applications. All of this would normally be a lot for a senior in high school, but handling it now – during COVID, social unrest, the election, and even the California wildfires somewhat near him – was even more impressive.

The second moment I remember vividly from the internship is centered on the storywriter of the group, Koreyn. He had consistent technical issues throughout the internship, due to an older computer and a slow internet connection, but he handled every issue that came up with amazing fortitude and creativity. During the final presentation, he came up with the idea to join the Microsoft Teams meeting on two separate devices at once – his phone for the working camera, and his desktop so he could follow along with the slides. Another day, Koreyn showed up to our daily call and explained that, in an effort to fix some of his technical issues, he had decided to take apart and rebuild his entire desktop. In all my years in IT I’ve never seen someone try (and succeed) to fix a computer problem in such a hands-on way!

This has been a rough year for everyone, but watching three students help support each other and take on challenges in stride was genuinely inspiring. Even on tough days, they were able to cheer me up. Being their supervisor was such a symbiotic relationship.

My entire career is based on an unpaid internship that I got by chance after my freshman year of college. All the skills I use today on the job, both technical and soft, I learned from that opportunity. Without it, I would be years behind where I am now. Between my own experience and that of the students I’ve seen at NAF, I fully believe that the opportunity for real-world work experience is the most valuable resource we can provide.

Jacob is a Full Stack Developer at NAF.

Help NAF ensure that all students have the chance to #BeFutureReady.
Donate

Why Is Voting Important?