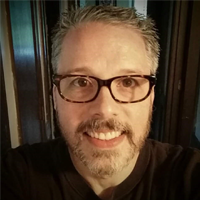 I attended the University of Notre Dame and New York University, where I received degrees in English and Journalism respectively, before transitioning from a career as a music critic and magazine editor to one in web development. After a short time, as web developer and technology coordinator for an educational collaborative, I worked as an intranet developer for a tech company outside of Boston. Additionally, I developed sites for writers, actors, artists, and comedians in Los Angeles. I had always wanted to return to New York and decided I wanted to work for an organization that was contributing some good to our increasingly troubled world. As the son of a second-grade teacher and as someone who has helped raise a child with learning disabilities, I’ve always valued education and have always had a great admiration for educators. I am honored to join the Information Technology team at NAF!